Share a memory
Obituary & Services
Tribute Wall
Read more about the life story of Allen "Al" and share your memory.

Memorial services for Allen “Al” McKiver will be 11:00 a.m., Saturday, November 19th at Paetznick-Garness Funeral Chapel, Groton.  Pastor Jeremy Yeadon will officiate.  Lunch will be provided at the Groton Community Center after the service.  Private inurnment will follow in Union Cemetery, Groton under the direction of Paetznick-Garness.

Visitation will be held at the chapel on Saturday one hour prior to service. Services will be broadcast live on GDILIVE.COM and will also be broadcast on GDIRADIO at 89.3 FM, available within 1 mile of Groton.

Al was born to Dale and Marjorie (Fritz) McKiver on August 4, 1943.  Al lived his entire childhood on a farm outside of Groton.   He attended his first 8 years of school at the Joan of Arc School in West Hanson Township.  He graduated from Groton High School in 1962.  Al always worked for his father and neighbors on their farms.  In August of 1962, he married his high school sweetheart, Sherry Johnson, and they were blessed with two children, Cindy and Allen, Jr.

After Cindy was born, they moved to the Twin Cities where Al started work at Control Data.  He then took a position at the Federal Arsenal as a tool and die supervisor.   He couldn’t shake the South Dakota dust off his boots so they returned back to Groton.  Al worked three years driving a semi for Siefkes Trucking.   Sherry grew tired of him always being away, so she got him an interview for a job working for the City of Groton. He stayed there for 35 years before he retired.

Al enjoyed fishing and spending weekends at their cabin on Pickerel Lake.  He was a dedicated Green Bay Packers fan.  Above all, he loved his children, grandchildren, and five great-grandchildren (soon to be 6!).  He was known all around town for walking his best friend, Rudy.  Sometimes he even got Rudy a roadie cup.

Preceding him in death were his parents, Dale and Marjorie, his grandmother, Minnie, infant brother, Kenneth, brother and sister-in-law, Jake (Renee) McKiver, and father-in-law, Bruce Johnson, and mother-in-law, Lucille Siefkes.

The family would also like to thank his extended family at Derian Living for all of their love, compassion and care shown to Al.  You are all, and always will be, special to us.

Casual dress is requested at the service.

To send flowers to the family or plant a tree in memory of Allen "Al" McKiver, please visit our floral store. 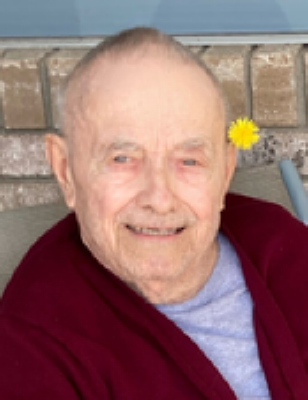 You can still show your support by sending flowers directly to the family, or by planting a memorial tree in the memory of Allen "Al" McKiver
SHARE OBITUARY
© 2023 Paetznick-Garness Funeral Chapel. All Rights Reserved. Funeral Home website by CFS & TA | Terms of Use | Privacy Policy | Accessibility