Share a memory
Obituary & Services
Tribute Wall
Read more about the life story of Alvin and share your memory.

Visitation will be held at the chapel on Thursday from 5-7 p.m. with a prayer service at 7:00 p.m.

Alvin Marvin was born on June 5, 1935 in Ferney to Ernest and Emma (Stange) Bahr.  He attended a one room school house in Ferney and later graduated from Groton High School in 1953.  He began farming with his brother, Art.  He met the love of his life, Donna Sondergard, on a blind date and they were wed on June 15, 1970.  Together they were blessed with two children.  Alvin had a passion for farming and did so until he was unable.  Through the years, he raised cattle, hogs, chickens and sheep.  He also had many farm cats and several dogs.  In December of 1982, the family moved to Turton.

Alvin was a true cowboy at heart and was rarely not seen in his cowboy hat and boots.  He enjoyed watching old westerns on TV and was an avid Cleveland Indians baseball fan.  He and Donna liked going out to eat and were affectionately known as “Ma and Pa” at their favorite restaurant.  In earlier years, they traveled often to the Black Hills, Minnesota, Wisconsin and North Dakota. Alvin was well read and enjoyed discussing politics.  Above all, he enjoyed spending time with family.

To send flowers to the family or plant a tree in memory of Alvin Bahr, please visit our floral store. 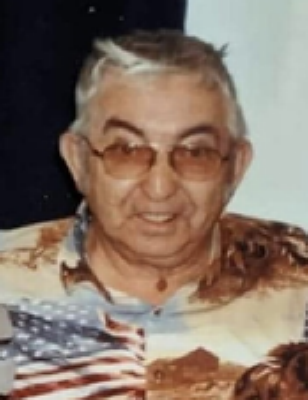 You can still show your support by sending flowers directly to the family, or by planting a memorial tree in the memory of Alvin Bahr
SHARE OBITUARY
© 2023 Paetznick-Garness Funeral Chapel. All Rights Reserved. Funeral Home website by CFS & TA | Terms of Use | Privacy Policy | Accessibility