Share a memory
Obituary & Services
Tribute Wall
Read more about the life story of Rebecca "Becky" and share your memory.

Funeral services for Rebecca Diegel, 47, of Groton will be 4:30 p.m., Thursday, October 27th at the Groton High School Arena.  Pastor Brandon Dunham will officiate.  Burial will follow in Union Cemetery, Groton under the direction of Paetznick-Garness Funeral Chapel, Groton.

Visitation will be held at the United Methodist Church on Wednesday from 5-7 p.m. with a prayer service at 7:00 p.m.

Becky passed away October 22, 2022, at home surrounded by her family after a courageous battle with cancer.

Rebecca Jo was born in Aberdeen on February 14, 1975, to Glenn and Vicki (Nehls) Sperry. She attended school in Groton where she was active in many extra curriculars including track, basketball, volleyball, cross country, and cheerleading. She was also involved in Carnival of Silver Skates.  During the summers, Becky was a lifeguard at the Groton Pool.  Following graduation, Becky attended Lake Area Technical School in Watertown where she earned her degree in Dental Assisting.  Becky’s first dental job was with Dr. Opp.  She then continued her dental career with Dr. Carl Kimbler.  On August 30, 1996, she was united in marriage with Steve Diegel at St. John’s Catholic Church in Groton.  Together they were blessed with two sons, Treyton and Teylor.

Becky was a member of the United Methodist Church, Groton.  She loved attending sporting events for her boys and her nieces and nephews.  She also shared fond memories of coon hunting with her Dad before he passed.  Becky was incredibly creative and artistic.  She painted many pictures over the years and enjoyed interior decorating and design work.  She shared these talents with others while working at Olde Bank Floral. Becky volunteered with the B.A.G.S program in Groton. Above all, Becky loved being a mom and took great pride in that role.

Grateful for having shared her life is her husband, Steve, her beloved boys, Treyton and Teylor, her parents, Vicki and BobWalter of Groton, in-laws Larry and Jan Diegel of Aberdeen, siblings, Kristi (Jamie) Marlow of Sioux Falls, Ryan (Amanda) Sperry of Groton, T.J. Sperry of Groton, Tasha (Craig) Dunker of Groton, Tyler (Carla) Sperry of Groton, grandparents, Eddy & Virginia Nehls of Groton and Jean Walter of Groton.  Becky is also survived by her nieces and nephews Madi (Zach) Motl, Kennedy and Kamden Thurston, Ashlyn and Owen Sperry, Spencer and Reagan Sperry, Colby, Rylee, and Brynlee Dunker, Briggs Sperry, Karsyn and Ryder Jangula, and Lucas, Kennedy, and Margret Marlow, many aunts, uncles and cousins.  She will be missed by her dog, Bea, who was always by her side.

Preceding her in death was her father, Glenn Sperry, and grandparents, Eunice & Lester Sperry and Vernon Walter.

Honorary Casketbearers will be all of Becky’s Nieces and Nephews.

Her family would like to thank Dr. Richard Conklin and the entire team at the Avera Cancer Institute where she received excellent medical care.  We would also like to thank everyone who touched her life with your cards, flowers, visits, meals, prayers, and love.

Becky requested that memorials can be made to the B.A.G.S program in Groton or to the Groton HS Sports Program.

To send flowers to the family or plant a tree in memory of Rebecca "Becky" Diegel, please visit our floral store. 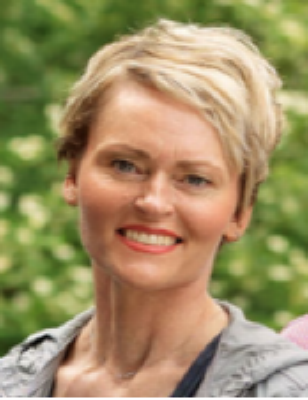 You can still show your support by sending flowers directly to the family, or by planting a memorial tree in the memory of Rebecca "Becky" Diegel
SHARE OBITUARY
© 2023 Paetznick-Garness Funeral Chapel. All Rights Reserved. Funeral Home website by CFS & TA | Terms of Use | Privacy Policy | Accessibility